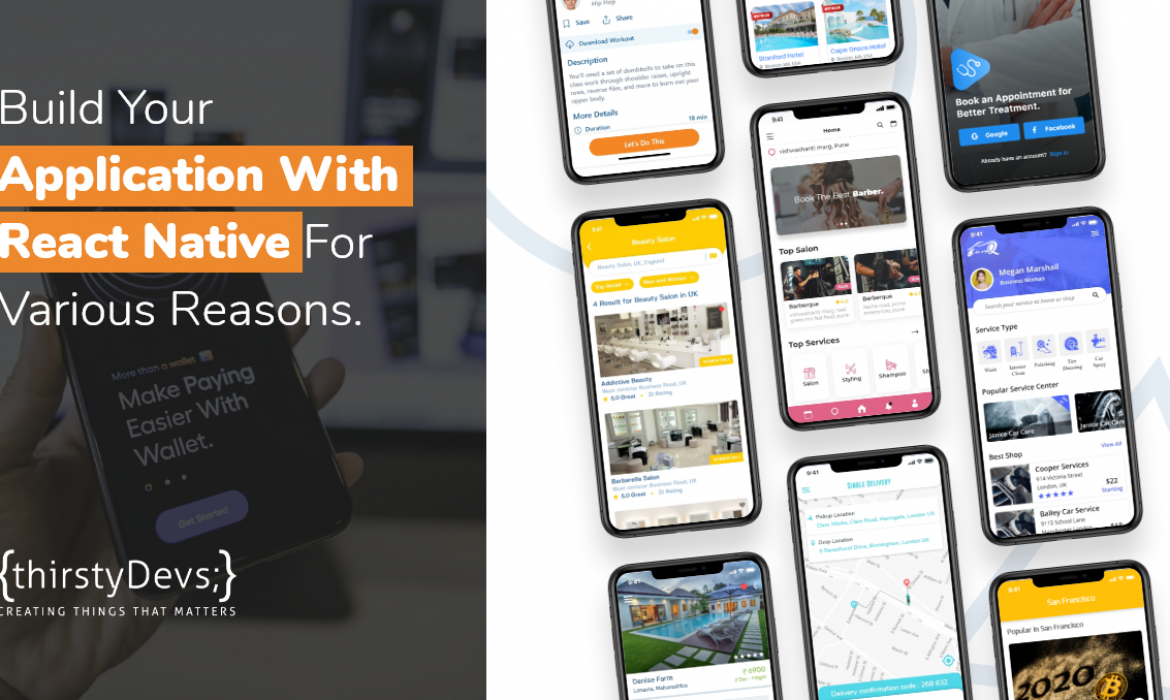 Build Your Application With React Native For Various Reasons

React Native Creates
The Application For Android and ios.

The Language Used By React Native. 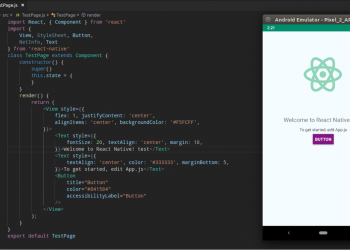 Languages that are used while developing codes in React Native is generally JavaScript. Java is used for coding in React Native. As it is a single code base structure, developers can easily code for the same codes for different languages as a functionality. The functionality remains the same as well as there will be no change even in working of the application on a different platform. It becomes quite an easy process for developers to develop the Best Hybrid Mobile Applications.

The React Native is the one that is considered to be the seamless platform for developers. It serves the best to the developers in terms of features and advantages. It is considered a seamless cross-platform where every developer can develop for the different platforms with a single code structure. The single code that is considered to be working for the multiple devices has all the benefits to conserve time for marketing. To be honest, in the development of the application users tend to like native features but hybrid developmental structure. For those who are looking for such applications, React Native has got you covered in all cases. This is the best of React Native that is beneficial for developers as well as for users to use it as a frontend application. We shall dig more into the advantages of React Native further in this article.

When it comes to the development of the hybrid application, the cross-platform is highly supported and also it is Facebook’s integrated platform that turns out to be the best development opportunity for the developers to turn out to be high-efficiency platform developers. Any developer can come to learn and start developing mobile applications up to the mark.

In case of an emergency of the client, there are ways that developers have to take out for submitting the application project to them. React Native brings up the change while developing an application as instantly applications are developed once you start coding. The fast and easy development of the application is something that every developer is looking for. Any time due, developers can develop it through React Native and gain the results out of it as soon as possible. The best feature in React Native is hot reloading. The hot reloading here has instant loading. It does not take much time when any editing or customization is done.

The auto-update feature of this stands for the auto upgrading of the application where one does not need to go to any app stores for updating it. The update is done by default and also it automatic update saves the time and the hassle of going to the app store or play store separately.

React native generally focus on UI. The designs and the structure of the UI screens are the ones where users tend to get attracted. It provides the best-designed UI/UX quality features that are barely seen in the pure Hybrid Mobile Application Development. This makes an application more attractive and catchy for users.

React Native is considered to be the single code base structure that can be used for multiple platforms where one needs to develop the code once and it is good to go for various multiple platforms. The various platforms that are used by users tend to have no change than applications running over various other platforms. Platforms like android, ios, windows, and mac are maximum used by the users. The code developed once remains the same for every platform.

#6 Applications are developed with a Native feature.

Summing up:
Choosing React Native can be beneficial.