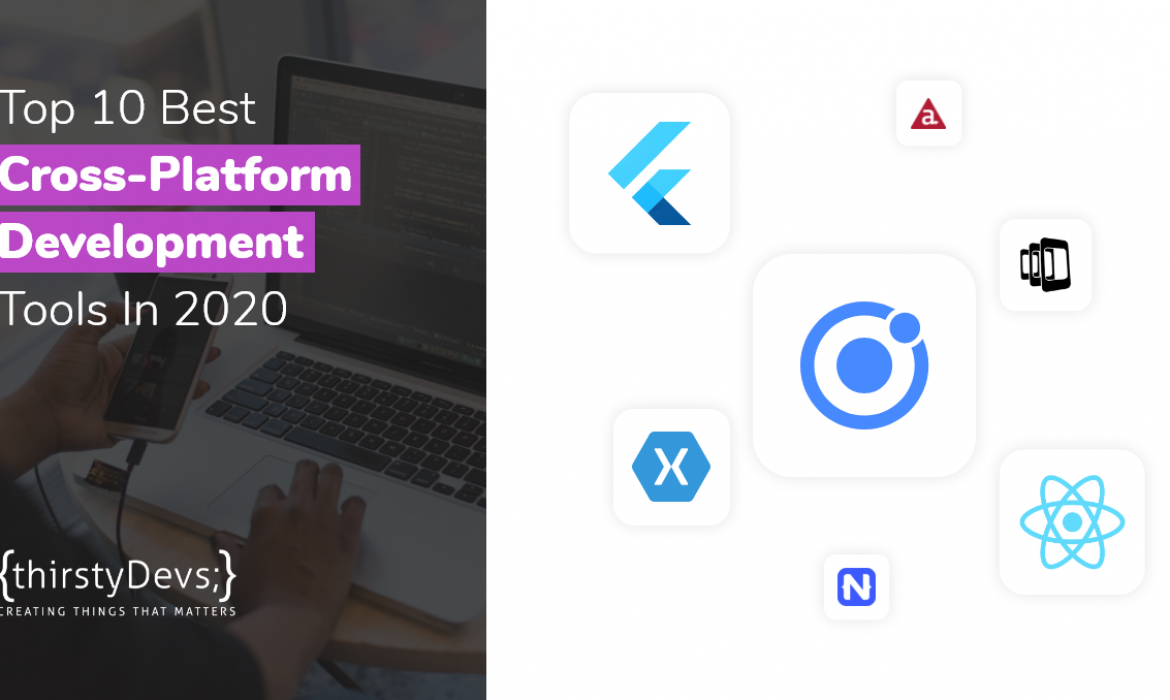 Mobile application developers make sure that the application they make is much user friendly so it gets maximum engagement and the interactions with it. Hybrid Mobile Application Development simply means the application available on both platforms that is as a web app as well as on google play store or app store. It is a generalization of the total Hybrid application development framework.  There are various cross–platforms available for making such applications. Choosing out of them will be a task. Let’s sort the best 10 out of it for your reference.

We all know well–known Flutter is for mobile app developers to use it in the way they want. It is an open–source platform for the SDK for developing various apps without any restrictions faced by developers. It is the best source out by google and lets developers work in their own way. It has minimum restrictions over designing and managing the whole process of Mobile App Development.

React Native is the best Cross-Platform Development that helps in making the various Hybrid Applications where it does not disappoint you in terms of designing and another process of developing an app. It supports and is well versed in the Javascript programming language. Along with Javascript it also supports the C, Swift, Python languages. It is much more flexible than other cross-platforms. It works as an editorial tool for videos and images. Though with all the multi–tasks that are carried out by React Native, it helps in the editing of various images and videos required for the app development. React Native identifies the source code and later it converts it to any native features in minimum time. It conserves your maximum time.

Xamarin is one of the platforms where applications can be made for any platform. One solution for all the programming platforms. When developers make any application through Xamarin, it feels like you are using native apps as Xamarin uses native interfaces first. It has inbuilt special tools such as debugging, various UI design templates, coding, and editing.

It is best for the development of the web app. Web apps are most beneficial for the users as well as for the developers. It is quite cost–effective to develop any web app. With Ionic, you have the best opportunity to develop web apps as it is more engaging than others. It also uses various languages such as HTML5, CSS, and other important and basic languages. Mostly it is well–versed with the PWA platform to develop it. The best you can ask to develop for the PWA, Ionic is the right platform for it.

Cordova is a simple cross–platform which is launched by Adobe. It generally looks after the mobile application development framework. It also provides the features of developing native features such as Mobile’s direction compass, contacts, Camera, geo–locations, and another notification handling.

Looking for the inevitable change? Redhat is the correct option to look for. It also provides the backend for mobile cross–platform development applications. There is various other mobile application management that can be managed by Redhat which makes developer’s work easy to access and use. It supports in every form and also some backend support required in the websites, web apps, and mobile applications.

The Sencha web application development platform helps in the whole cycle of making an application. From designing to launching it is taken care of by the Sencha open source development. It accurately follows the modernization while developing and it knows how to interact and keep up with the users. Services and after services is an important part of the Sencha. It helps develop an app by conceiving talented expertise for our developing applications.

It has some advanced offline features which do not stop you from working even when the internet is not working. It has the presence of a powerful API where it can integrate with any other platforms. It has the coding optional low coding design options for the development of applications. It is renowned for its offline features amongst the developers.

Well, the only corona to recommend to the people which is open–platform for the users to develop applications. It is mostly recommended for gaming and entertainment applications for users. It supports every medium where such mediums are used and carried forward. Platforms like Kindle, windows, android, ios, and other programming platforms can access the corona version developed applications.

is the platform quite similar to other cross–platforms where it supports the javascript language and every operating system for the use? It is also known as Appcelerator Titanium.

Cross–Platform Development is one of the top ten platforms used by developers were various benefits are entertained and attained by the developers. The hybrid application developers will always look for some of the best platforms to work on. Flexibility is the future amongst the youth and thus it needs to develop from now. It creates the whole Hybrid Application Development Framework presentation in front of developers to work upon.