React vs Angular: How To Choose The Best For Web App Development Project?

HomeReact vs Angular: How To Choose The Best For Web App Development Project?
May 17, 2022 by Drashti Uncategorized

React vs Angular: How To Choose The Best For Web App Development Project?

When it comes to web app development, you have many options to choose from. These options range from building a website to developing a cross-platform mobile app. If you want your app to be truly interactive and engaging, then the best option is to use a JavaScript framework. There are two JavaScript frameworks that are mainly used – Angular and React. These frameworks are not the same. They have different features and processes to look at while web development.

You might have gone through numerous articles comparing and giving information about the comparison between React and Angular. It is always the developer’s choice to choose the right option for the development.

Angular is a JavaScript framework for building web applications. It is a completely open-source project that is developed and maintained by the Angular team. Angular is used in many different industries, from banking to eCommerce. It is a popular choice for companies who are looking for a framework that is flexible, well-documented, and has a large community of developers.

Angular is loved by developers because it is easy to use. It has a lot of features, but they can easily be turned off if they are not needed. Angular also has a lot of support. It has been used on a wide variety of platforms, from desktops to mobile devices. Angular is a framework that is easy to learn and use for any developer.

When it comes to web app development, which JavaScript framework should you choose? This is a question that is asked by many web developers. Choosing the best framework for the job can be difficult. However, even with all the options available, there is one that stands out: React. React is a JavaScript library for building user interfaces. It is a component-based, virtual DOM library. React uses a virtual DOM to render dynamic, interactive user interfaces. In this article, we will explore the differences between React and Angular.

Though React and Angular are the frameworks used for frontend development, their coding style and methodology are slightly different. There is a difference in using the decorator. In Angular, there is the use of @component and the use of basic HTML is also used for the basic development. It is important to be aware of the syntax while using Angular for your web development.

Every mobile app developer and company will look for speedy and efficient results. It is one of the priorities that any developer will look for an availing framework for the development. When we talk about efficiency, there are chances that React might act a little slow and that does not mean it is not as efficient as Angular. React allows the mobile app developers to integrate the 3rd party app tool easily and hence it is one of the biggest advantages. The integration becomes easy and so does the workflow.

Angular is one of the most efficient frameworks for using it. It helps in speeding up the process of development with the help of the transcript language that is used for the speedy developing codes. It also has the presence of the CLI and the in-built tools where automation is configured for further development.

Grasping and learning curve of the frameworks

When it comes to learning a new platform or framework, it is considered to be one of the most efficient tools. Both provide the best learning opportunity. React provides the libraries that help in the process of app development.

Angular vs React: The Differences

What is the difference between Angular and React? Both Angular and React are open-source projects that are used to create interactive web applications. Angular is an MVC framework that primarily uses TypeScript and uses a component-based approach for development. React is a JavaScript library, which is a component-based JavaScript library that focuses on creating interactive user interfaces.

React is easy to use, but Angular is not. Angular is a complete framework and React is just a library. Angular is considered to be better for complex web apps, while React is better for interactive web apps.

Web app development projects are often a combination of React and Angular. It is important to consider the differences between the two so that you can choose the best for your project. React is often used for smaller projects as it is easier to learn and develop. Angular, on the other hand, is often used in larger projects. It is also easier to maintain. This is because it is more difficult to make changes to React projects. React is also often used in a single-page application whereas 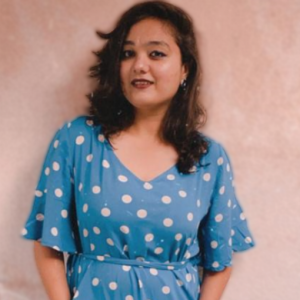 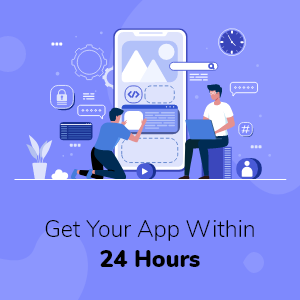